On the Hot Breakfast. 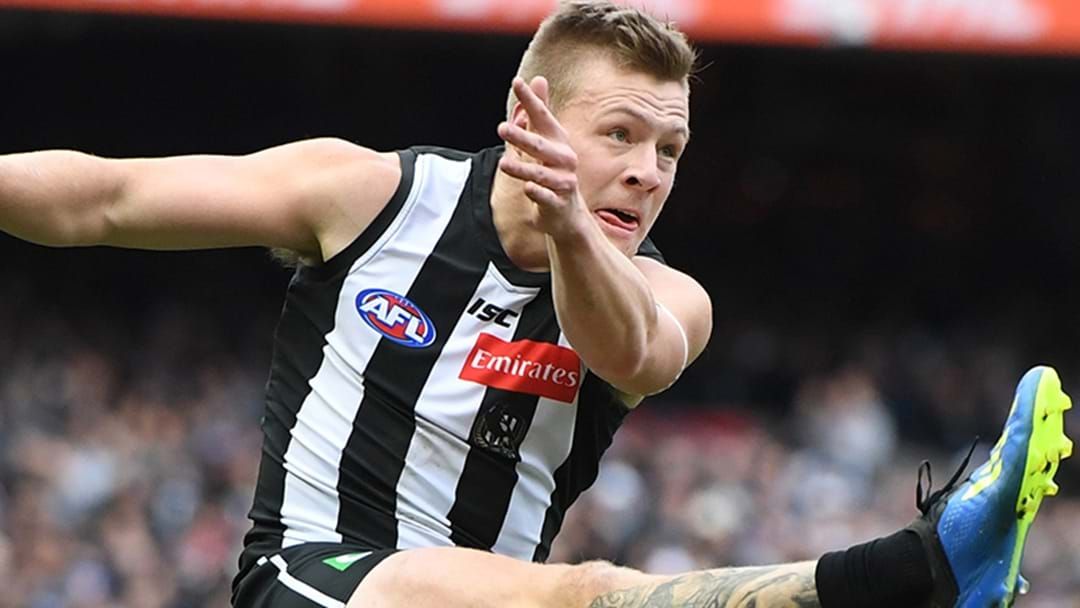 Eddie McGuire responded to the criticism of star forward Jordan De Goey from journalist Mark Robinson on the Hot Breakfast this morning.

Robinson wrote that De Goey was causing headaches for Collingwood power-brokers & his teammates by changing managers during the off-season and apparently coming back to training in poor shape.

Eddie went to the defence of De Goey claiming he has no problem with any of the 23 year-old's off-season movements.

"What has he done?," McGuire said.

"I didn't think there was any problem, I haven't heard (of) any problems. Mark Anderson who is over here (America) with me at the moment, he hadn't heard anything either.

"He's left his manager and suddenly it's a drama... I don't think there is anything to worry about."

Eddie also played down speculation that De Goey has got some of his teammates offside by missing Jeremy Howe's bucks party to attend a family function.